READ FIRST: Regardless of whether or not you want Windows 10: do understand that upgrading an operating system is a very risky process. If something goes wrong in the upgrade process (due to bugs, an uncommon computer configuration, bad drivers, power fault, etc), there is the possibility of data loss (and it has happened, and it’s not a very rare occurrence).

Secondly: There’s an email scam being sent out appearing to be the Windows 10 upgrade, but actually contains a virus that compromises your system, and encrypts all your personal files, and holds it ransom for an amount of money. The Windows 10 Upgrade will not come in the form of an email. For further information, click here.

Things to Consider About the Windows 10 Upgrade

Drawbacks of The “Free” Upgrade

Your Computer May Be Used as a Test Subject 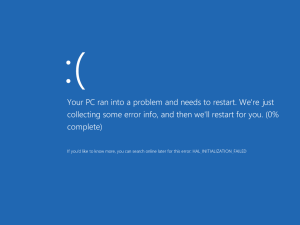 When you opt-in for the free upgrade of Windows 10, your computer may be used as a test subject for any new Windows 10 updates (Source). Generally the intent is to see if the update crashes the system and, if so, reverting back and reporting the results. Sometimes an update may break your system, but it might not catch that it affected anything. For example, there was one test update pushed out that made all network/Internet connectivity unusable, unless specifically removed.

One thing to understand is that if you are being used as a test subject, you won’t notice it instantly after the upgrade. It’ll be the test updates that are pushed out later, after doing the Windows 10 upgrade, that’ll be tested on your computer. Also, you cannot opt-out of being used for testing updates.

In short: If your computer is critical to your work, and if you can’t really live/work without it, it would be advised to not opt-in for the free upgrade, ESPECIALLY in a small business environment.

The Interface Has Changed, Again

For those that have difficulty relearning how to use their computer whenver changes are made, or when things are moved around, do understand that there have been some changes to the layout and usage of Windows 10 from the previous releases. The ‘Start Menu’ has been re-added (but technically remade), however there are significant usability changes from past Windows releases. The Start Menu now has components of the Windows 8 Metro integrated into it as well as featuring promotional results and advertised programs when using the search function.

Windows 10 does provide privacy settings; however, it will still continue to send some information to Microsoft (Source), and even disables some privacy options from being changed (Source).
Some of the privacy settings include whether or not to report the following information:

Some Components Require a Subscription

There are some parts of Windows that have now become promotional apps that require a subscription. For example, something as simple as Solitaire is offered free, but will interrupt you periodically to upgrade to a subscription, and also feature full-page unskippable video advertisements. (Source)

No Guarantee of Having Control over Your Computer

In Windows 10, the ability to have control over how your computer updates is removed (unless you pay to upgrade to the Pro edition; $99 for upgrade, $200 new).

For large business and enterprise environments, Microsoft won’t be documenting about what most updates actually do, while they’ve traditionally done this with past Windows releases (Source, Source). There’s even been some broken updates in Windows 10 that have made systems unusable, that had descriptions of nothing more than “This update includes improvements to enhance the functionality of Windows 10.” (Source).

Drawbacks of a New Windows 10 Computer

All of the Above, Except Being a Test Subject

Everything mentioned above applies, except for being a test subject for Windows Update.

For any new Windows 10 computer, DVD support is no longer included by default and Windows Media Center has been removed. You’re required to find your own software for DVD playback.

For the free upgrade, it’s generally “free” but with the aforementioned caveats. However, for new computers, or buying Windows yourself, the price is still the same, with the starting retail-edition price of Windows 10 being $120, while being $200 for Pro edition.

If you upgrade to Windows 10, your operating system is supported until year 2025.

However: you might not get support from your computer vendor for issues you have on Windows 10. Be sure to check with your manufacturer (such as HP, Dell, etc.) of whether they’ll support Windows 10 on your model of hardware.

Start Menu is Back (sort of)

You aren’t forced to use fullscreen Metro for launching applications (in regards of Windows 8). Instead, you do now have a Start Menu, which opens a condensed Metro-like menu. The layout is significantly different from any past Start Menu designs.

Stick With What You Have

If you have Windows 7 or Windows 8, and it’s working fine for you and you prefer it, stick with it. Just keep in consideration that it won’t be supported indefinitely.

To check out information regarding how long your version of Windows is supported until, go to:
http://windows.microsoft.com/en-us/windows/lifecycle

Keep in mind that if you don’t want Windows 10, it may automatically download anyway, which can be burdensome on those with a data limit or limited storage space (Source). Microsoft has also “accidentally” forced the Windows 10 upgrade to start without user consent, previous as a mandatory update (Source). Additionally, Microsoft has been forcing some functions from Windows 10 as a mandatory upgrade to Windows 7 or 8 users, of which you may be able to disable/remove (Source).

For this option, you don’t have to buy a new computer, and you don’t lose Windows either. A lot of people shy away from this choice as they heard the misconception that Linux is only something for technical people (such as requiring to know how to use a command prompt). Or they might have tried it themself once long ago and had trouble figuring it out on their own at first.

Some perks of Linux include:

If you are new to Linux and would like to know more, go to the “What is Linux?” page.

If you’d like to know the support benefits of Linux and the further details of the aforementioned points, go to the “Support Advantages of Linux” page.